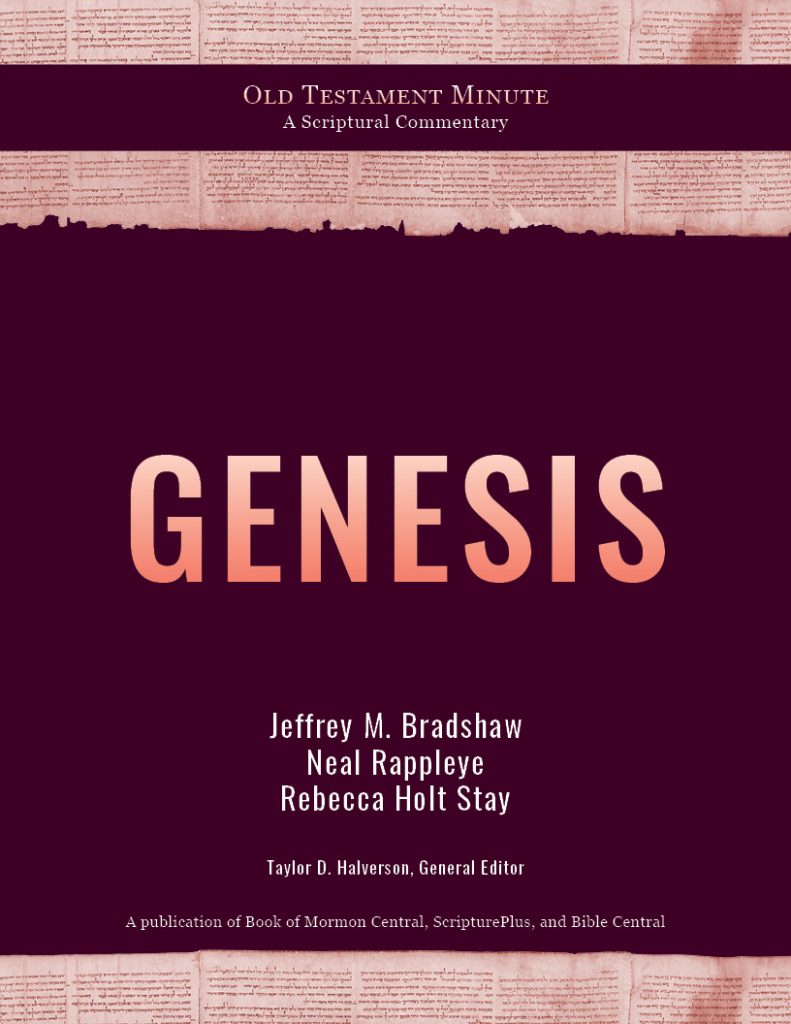 Book of Mormon Central and the ScripturePlus app have teamed up with Bible Central to produce a multi-author, biblical commentary for Latter-day Saints. Each volume provides historical, cultural, and doctrinal insights into the beloved stories of the bible, one passage at a time.

Jeffrey M. Bradshaw (PhD, Cognitive Science, University of Washington) is a Senior Research Scientist at the Florida Institute for Human and Machine Cognition (IHMC) in Pensacola, Florida (www.ihmc.us/groups/jbradshaw; en.wikipedia.org/wiki/Jeffrey_M._Bradshaw). His professional writings have explored a wide range of topics in human and machine intelligence (www.jeffreymbradshaw.net). Jeff has been the recipient of several awards and patents and has been an adviser for initiatives in science, defense, space, industry, and academia worldwide. Jeff has written detailed commentaries on the Book of Moses and Genesis 1–11 and on temple themes in the scriptures. For Church-related publications, see www.TempleThemes.net. Jeff was a missionary in France and Belgium from 1975 to 1977, and his family has returned twice to live in France. He and his wife, Kathleen, are the parents of four children and fifteen grandchildren. From July 2016 to September 2019, Jeff and Kathleen served missions in the Democratic Republic of Congo Kinshasa Mission office and the DR Congo Kinshasa Temple. Jeff serves as a temple ordinance worker at the Meridian Idaho Temple and as a church service missionary for the Church History department, with a focus on central Africa. He and Kathleen currently live in Nampa, Idaho.